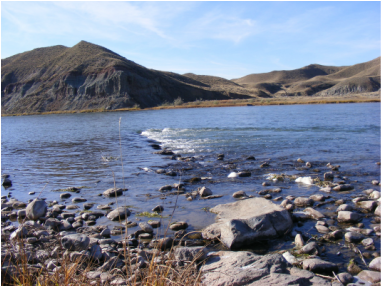 The start of rough waters below the Great Falls of the Missouri.
One or Many: how many falls
Phil Scriver