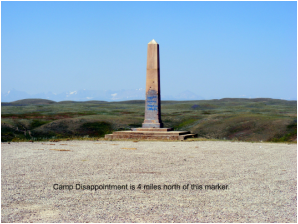 A marker erected by the Great Northern Railway for Camp Disappointment which is 4 miles to the north.
The 1806 Trip
Death, disappointment & reunion
by Phil Scriver